Bridge the silos to better manage risks!
Come to share your experience in Risk, Resilience, Insurance and Security. 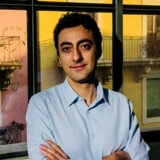 Cenni Navy is a EUropean affairs specialist with excellent track-record in the analysis of EU-third states relations. In 2013, he joined the University of Geneva as PhD fellow. In 2015, he was appointed to the position of Senior Policy Fellow at Foraus, the n°1 think tank on Swiss foreign policy. In Mars 2019, after publishing several papers that found a large echo on the Swiss political scene, Cenni was elected to the position of Vice-President. In August 2019, he received a PhD in political science from the University of Geneva after completing the first thesis focusing on the EU's perspective in the CH-EU bilateral/sectoral agreements. Subsequently, Cenni became lecturer at the University of Geneva and started teaching a course on EU integration and institutions to master students.